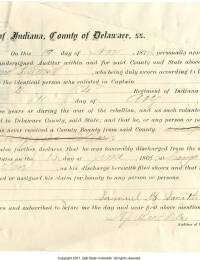 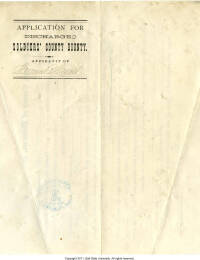 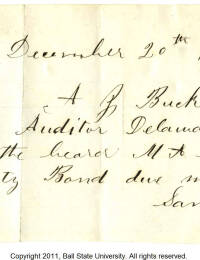 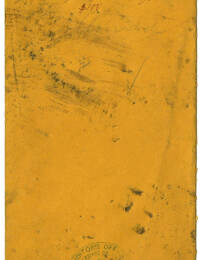 Name
Samuel B /Smith/
Given names
Samuel B
Surname
Smith

For about as long as I can remember, the diary of Samuel B. Smith has been a cherished asset to the family. The first time I laid eyes on the relic was sometime in the early 1960′s and the manuscript was falling apart then. The last I saw of it, the heirloom was in the hands of Wanda Murphey, Jim’s wife. Jim Murphey was Lorraine’s brother. Lorraine was my Grandmother. Samuel B. Smith was Lorraine and Jim’s Grandfather.

The scope of the diary is the days while Samuel served in the 84th Regiment Indiana Infantry during the American Civil War. His enlistment was for a 3 year term. Copies of the original diary were made in the 1970′s for all immediate family members. I have had 2 in my possession through the years and have read it so many times that I practically know it verbatim.

At the back of the diary is a family tree which is fairly modern, the manuscript was actually penned many years after the events from Samuel’s notes. Being an avid Civil War buff, I’ve compared incidents, dates and details from Samuel’s records to what is documented in the History texts and other letters and writings. The accuracy is impeccable. Samuel had beautiful penmanship as well, though the style of English used seems awkward by today’s standards.

While digging into genealogical data in the Dallas Public Library, I found extensive land records on microfiche. I never made it to The National Archives in Fort Worth which would have more extensive records, however; I was amazed at the level of detail regarding Indiana counties, and all states for that matter, that DPL had in their catalog.

Samuel B. Smith was born on June 21, 1841 in Jay County, Indiana. His Father Matthew A. Smith, and Mother Elizabeth (Hagler) Smith, moved to Jay county from Greene County, Ohio, that same year to share-crop on a large farm. They lived on a plat of land on that farm. After the war, Samuel became Postmaster in Albany, Indiana which is in Delaware county ( 1). Albany is where my Grandmother, Lorraine was born (the house is still there) and is buried (Strong Cemetery). Also in that cemetery is Samuel and my Step Grandfather (Lorraine’s husband), Gilbert “Gib” Peckinpaugh. According to Jay county archives, both Samuel B. and Matthew A. were fairly prominent in local politics. Many of my previous resources have become unavailable so I continue to seek additional research sources.

Note: I intend to reproduce the diary in its entirety for sharing. Particulars on Samuel B. Smith and Matthew A. Smith will be appearing in the near future on this weblog in separate posts.

SAMUEL B. SMITH was born in Jay County, Indiana, June 22, 1841, being the son of Matthew A. Smith and Elizabeth (Hagler) Smith, natives of Ohio and Virginia, respectively. The father and mother were married in Greene county, Ohio, July 2, 1840, and removed to Jay county, Indiana, in the following year, where the fathers death occurred March 15, 1882; his widow sides there at the present time. The following are the names of their children: Samuel B.; Laura, wife of Joel Green; Mary E., wife of George Wilson and Lewis M. By persevering toil, Matthew Smith accumulated a comfortable portion of worldly wealth and was able to give to each of his children one hundred acres of land. In politics, he was a republican and was frequently elected by that party to responsible positions. He served as a justice of the peace for fourteen years, an equal length of time as a county commissioner, and likewise represented his county in the state legislature from 1875 to 1877.

Although not now a farmer, the gentleman whose name introduces this mention knows all about that life, having spent all his days upon a farm until the period of his enlistment in the army. He entered the service of his country August 11, 1862, at Muncie, becoming a member of company B, Eighty-fourth Indiana infantry, and participated in the following battles, namely: Chickamauga, Buzzard’s Roost, Tunnel Hill, Rocky Face Ridge, Resaca, Kingstown, Pumpkin Vine Creek, Pine Mountain, Lost Mountain, Kenesaw Mountain, Neal Dow Church, Peachtree Creek, Siege of Atlanta, Shoals Creek, Jonesborough, Lovejoy Station, Franklin and Nashville. He was discharged June 17, 1865, at Indianapolis, and of the entire regiment, only 327 men returned, so great was the loss during its long and active period ?of service. Returning home, Mr. Smith engaged in farming and continued that useful calling until 1883, at which time he moved into the village of Albany, where he has since been engaged in mercantile pursuits. After the election of Harrison, he was appointed .postmaster, and the record shows that he proved a very efficient and painstaking official. Mr. Smith has been a member of the Methodist church since his fourteenth year, arid in politics he is a republican, firmly adhering to the principles of that party.

He was married September 8, 1866, to Sarah Burkhead, born in Randolph County, Indiana, December 27, 1844. She is the daughter of George and Catherine (Davis) Burkhead, natives of Maryland, of English extraction, and has borne her husband two. children, namely: Annie K., wife of H. E. Babb, and Cora L., wife of George A. Murphy: Mr. Smith is a man who is very popular with all who know him; genial and pleasant in manner, considerate of others, and very accommodating in disposition. Mr. Smith has lived the life of a consistent Christian and has reared his family to lead lives equally moral, and trained them to habits of industry and usefulness.